How we take a medicine actually matters! There are lots of ways we take medicine.

Many we take in tablet form for absorption through the digestive system, some are by injection directly into the bloodstream such as intravenous drips and others can be by a spray, under the tongue, to the back of the cheek or nasal, such as bronchodilators like Ventolin or nasal decongestants like Sudafed (Spray)

While medicines are designed to have a certain effect, the way we take the medicine also has to be part of the design.

A pharmacological concept is the first pass effect, which accounts for the body absorbing less of certain medicines as a result of the way it is ingested, with there also being a time delay.

Medicines taken orally are absorbed in the gastrointestinal tract and then pass through the liver on the way to the bloodstream, with generally 70 per cent of drug content commonly lost along the way and the process taking around 20 to 40 minutes. This is referred to as “first-pass metabolism”.

These factors have to be taken into account in formulating a drug. In today’s world, further thought needs to go into unknown factors, like poor gut health or poor liver function which can limit drug absorption.

Drug quantity also raises the issue of side effects, with it being increasingly understood that most people taking drugs or complementary medicines, experience some side effects.

One study in Australia showed that 12% of all medical admissions and 20% to 30% of all admissions in the population aged 65 years and over are estimated to be medication-related.

Sometimes medical practitioners need to account for patients needing alternative ways of taking medicines, such as if swallowing is difficult or they have a phobia about injections.

All these issues have inspired Medlab to consider an alternative medicine delivery system which has led to the development of its NanoCelleTM technology, which breaks medicine down to liquid active ingredients and then into nano-particles. This can then be administered as a fine spray to the buccal membrane at the back of the cheek, or a more passive absorption under the tongue or gums, through topical application as a cream or as a liquid in a capsule.

As with its drug development program, Medlab is pursuing independent trialling of these alternatives.

Medlab’s cannabis-based medicine is being trialled as a NanoCelleTM spray into the cheek cavity and similarly, it is conducting a bio-equivalence study for the administration of statins, a common drug worldwide for lowering cholesterol to improving heart health, as a spray.

These studies are testing speed and quality of absorption as well as the quantity of medicine required to achieve the desired effect.

With our cannabis-based products are being trialled for advanced cancer pain patients, it has the potential to provide quick relief and be a substitute for opioids, there is potential to show that statins delivered by a spray could reduce drug quantity and consequentially, side effects.

Essentially NanoCelleTM is designed to avoid the first-pass effect of the medicine being diluted by the gastric and liver metabolism.

An important and independent validation of the science around NanoCelleTM was provided in a recent study from the University of Sydney’s Nano Institute, School of Pharmacy. 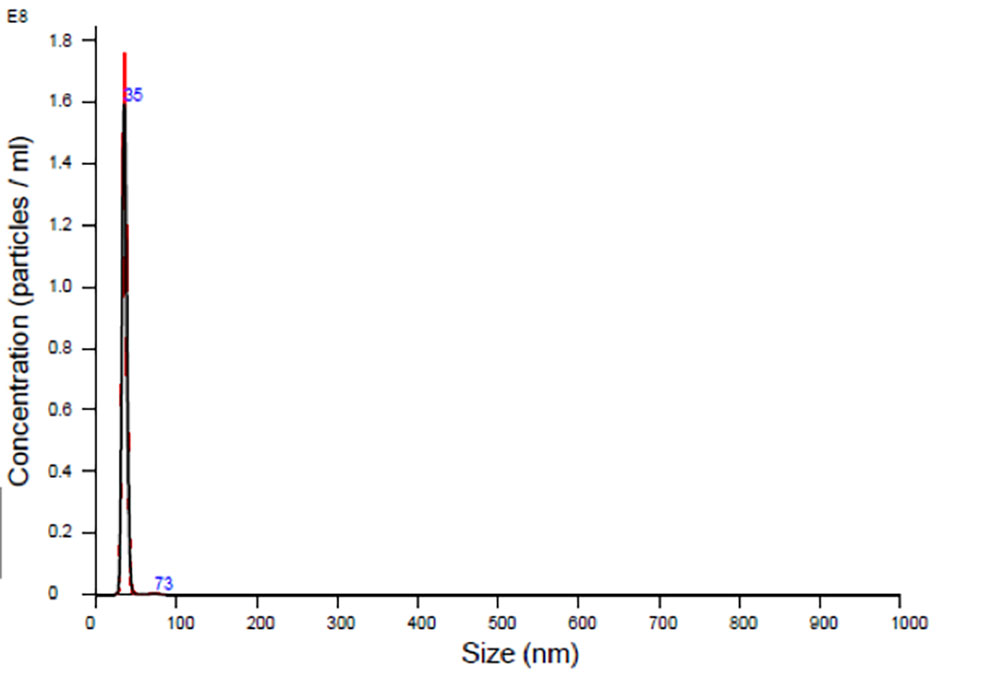 The study was conducted with Medlab’s cannabis-based medicines, and has shown a consistent uniform pattern in nanoparticle form of the original medicine molecules.

Medlab is now working on expanding application of its NanoCelleTM technology and there are promising areas where a faster and more effective medicine delivery would be advantageous.

Among these are insulin for diabetics, testosterone, antibiotics, immunosuppression, as necessary with transplants and some aspects of cancer treatment, proton pump inhibitors to manage stomach acid production, blood pressure management and antihistamines as well as with a range of nutraceuticals.

Some of this work is quite advanced and with new applications being added, such as NanoCelleTM’s ability to “absorb” a nano-particle medicine onto a protein carrier, the prospects for these new ways of delivering medicine are significant.

While the world continues to make great advances in new medical discovery, an interesting new frontier that is opening up is how those medicines are being delivered, and it’s an area that matters. Ausbiz interview with Dr Sean Hall about the future of Medlab

Ausbiz interviews the CEO of Medlab, Sean Hall on the 2nd December 2020 about the future of Medlab